Lately, we’ve been talking about the techniques of manipulation used by the government and mass media, regarding the privatization of public education, and all public benefits.

In these first months of legislature, the better part of this manipulation has been aimed at rendering us into a state of shock, after which, intimidated and paralyzed, we would not react against the losses of rights brutally imposed on us. The measures, announcements and declarations of the autonomic and central governments are meted out to us day by day, gradually, like a poisonous drip of constant anxiety.  Relentlessly, the media – in some cases, better to say “propagandists” – continues their tireless preaching, like a disheartening echo of bad news from on high (from the council of ministers or the rating agencies).

Naomi Klein explains in her book, “The Shock Doctrine”, how neo-liberalism, unable to convince people by means of argument (since these neo-liberal measures are essentially anti-people), has only been able to impose itself via coups d’etat, declarations of war, situations of catastrophic natural disaster, or other traumatic phenomena, leaving the public in the grip of anxiety and fear.

And what, if not fear, are they trying to inoculate us with in this country? Fear of losing our jobs, for example, or of never again being able to find work, or of being offered nothing more than exploitation, plain and simple; fear of losing the right to healthcare,l or being unable to provide adequate education for children; fear of ending up foreclosure victims, sleeping on the street; fear, finally, of being unjustly arrested for peacefully protesting at a demonstration.

In this article, we examine how the shock doctrine takes effect on us under the name “learned helplessness”. But also, how we can escape this state of despondency if we learn to correctly attribute the causes of our malaise.

It’s true enough that the powers that be treat us like dogs, or at least like the dogs in Seligman’s experiment.

At the end of the Sixties, psychologist Martin Seligman carried out the following experiment. Inside a lab cage, a dog was exposed to a series of unavoidable electric shocks. Meanwhile, in a different cage, another dog would be able to interrupt these shocks by pressing a lever. Later, both dogs would be situated over an electrified surface from which they could escape by simply jumping over a barrier. The dog that had been able to control the electric shocks would jump the barrier, while the other dog, instead of looking for a successful exit from an adverse situation, stayed, passively bearing the shocks. This dog had “learned” his helplessness. Why waste the energy trying to escape from the negative stimuli when you know (really, more likebelieve) that you can’t?

You can read more in http://guerrillatranslation.com/2014/02/12/overcoming-the-shock-doctrine/ 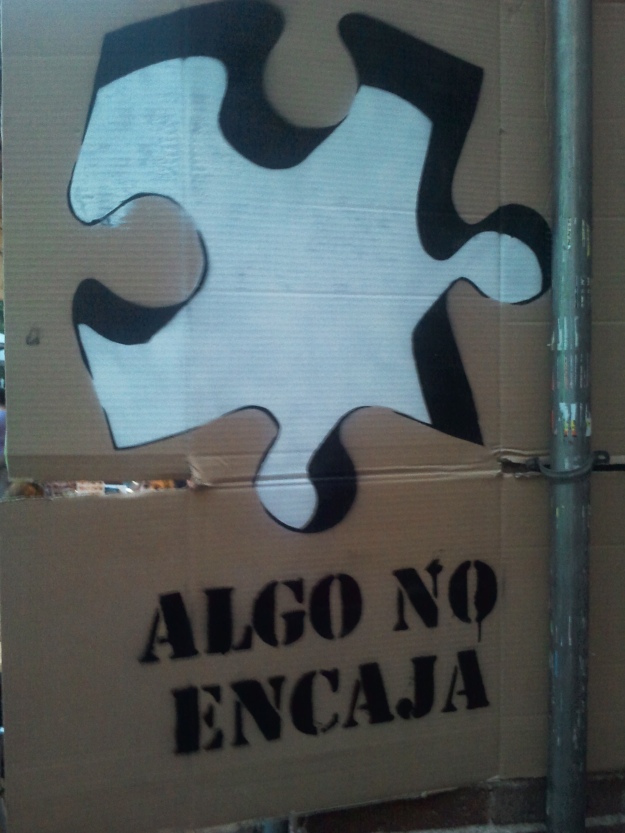 Please do not change this code for a perfect fonctionality of your counter medios alternativos
Cargando comentarios...
A %d blogueros les gusta esto: